The crafts people are Wichi Indians, who are one of the largest groups of indigenous people living mainly between the two rivers, Bermejo and Pilcomayo in northern Argentina. The Pilcomayo forms the border between Argentina and Paraguay. 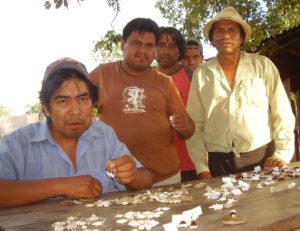 Drastic changes have confronted the Wichi in the past 50 years. Ecological changes mean that fewer fish journey upstream to spawn and native lands are being destroyed by the reduction of the forest. The environmental changes caused by this deforestation mean that there are higher summer temperatures and more frequent droughts and flooding. The people do craftwork as a way of making some much needed income for their families and communities. 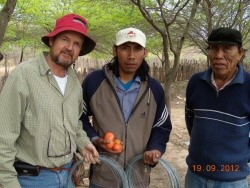 The craftwork has been developed by Alejandro Deane (Alec) who grew up and graduated from university in Buenos Aires, the capital of Argentina. He moved to Northern Argentina where he has been working for over 30 years alongside the Wichi people.  The Wichi are traditionally hunter gatherer, forest dwellers, living in the tropical lowlands and Alec has been involved in several successful initiatives with them over the years, including the formation of Siwok Crafts, which has enabled the Wichi people to carve the beautiful hard wood items using the local native woods and to export them for sale. Click here for information on how to buy.

Alec also set up the Siwok Foundation, a charitable trust in Argentina. Alec remains a passionate advocate for the rights of indigenous people and uses his expertise in agriculture and care for the environment to develop a garden project with Wichi families in addition to Siwok Crafts. 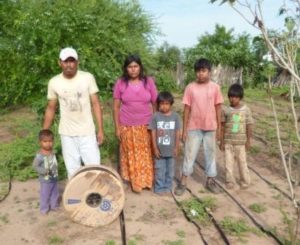 The Garden Project started because a young Wichi girl died of protein deficiency. Wichi families have traditionally grown a few crops to supplement their diet, but Alec felt sure their health situation could be improved if they had support to bore more water wells and with that water plus drip irrigation learn better market gardening techniques to produce more food. Half of Wichi children are malnourished.

The vision is to see the Wichi people live sustainably, with dignity, in their own lands, neither depending on donations nor having to migrate in search of work. Both Siwok Crafts and the Garden Project help to fulfil this vision. People in the UK and elsewhere who have purchased Siwok Crafts have helped to provide a livelihood for over 100 families in the Chaco.

In addition to crafts, we sell individual Wichi paintings depicting their life and environments and also two books which provide more first-hand information about living among the people of the Chaco; Under an Algarrobo Tree by Bishop David Leake, who was born and grew up in the Chaco and a book by the late Bishop Bill Flagg, who was a great encouragement to Alec. Bill’s vision was to increase sales in order to improve the Wichi way of life while preserving their culture and restoring their dignity. His vision is still being realised. 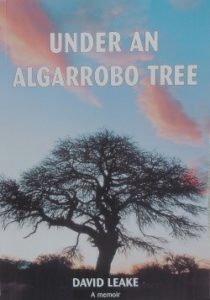 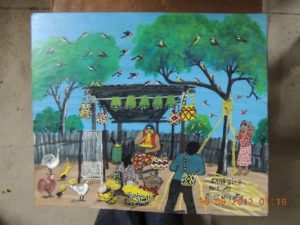 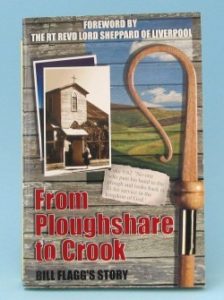